“I think ideas are moments, big moments and little moments in your life all coming together and that was what happened with the idea for Careaux.”

The idea for the Manchester-based fashion brand came to co-founder Rachel Beattie when she was just fourteen, as she worked on making a dress from start to finish for a school project, assisted by her grandmother, and fell completely in love with the process. “My Nana, Theresa, was a dressmaker and also the kindest woman you could ever wish to meet,” she tells me. “She used to speak so passionately about how important it was to make sure each piece fit to each and every woman.”

At the same time, Rachel frequently borrowed items of clothing from her elder sister Laura’s wardrobe. “I would try them on and they would just not feel right,” she says, “either too small on top, or I change them by adding sleeves or other amendments.” This sense of frustration was fertile ground to start the wheels of creativity spinning, and was echoed everytime she went clothes shopping with her friends and heard a similar litany of frustration from them in the fitting rooms. “These moments all came together to make me realise how each and every one of us is different,” she tells me. “We all have different shapes, styles, sizes and these change over time too. I wanted to create a dress that changed to fit each and every woman, so no woman would have to try on a dress again and want to change something about herself in order to fit into it.”

We wanted to combine timeless styles and silhouettes with innovation to invent a dress that adapts to the women of today, and of the future.

It was Rachel’s love for problem solving – and her quick mathematical mind – that provided the sisters with the right tools to tackle the task at hand. “There was a lot of learning, a lot of iterations and a lot of no’s along the way,” she tells me. “However, we kept the belief it could be done.”

So, just how exactly have they achieved this magical – almost mythical – dress, that is designed to fit each and every woman? “We wanted to combine timeless styles and silhouettes with innovation to invent a dress that adapts to the women of today, and of the future,” says Rachel. The fit is the characteristic of Careaux. “Each and every one of us are our own shape and own size, all equally unique and different. Each Careaux piece is a celebration of our uniqueness, which changes to fit perfectly to you and your lifestyle. Each dress has a hidden zip around the waist which enables the dress to be separated into a top and a skirt, and allows you to have a different – or the same – size top and bottom. The tops and skirts can also be mixed and matched to create different style, colour and fabric combinations, adapting to the different moments of your day.”

The sisters describe the design development process as a labour of love over about two years, and having never run a business before there was inevitably a lot of trial and error, combined with the fact that a dress like this had never been created before. “We first met our pattern cutter, John, in 2016 when the dress was just an idea. He worked with us to create the dress from the idea on paper to our prototype, and was absolutely brilliant – he really set the foundations for what the product is today,” they say. “We then began working with a new pattern cutter, Barbara, and dressmaker Jacky, both of whom are friends of John’s and have been in the industry for over 30 years. We’ve been working with them for over three years now, and consider ourselves extremely grateful and lucky to have found them!” 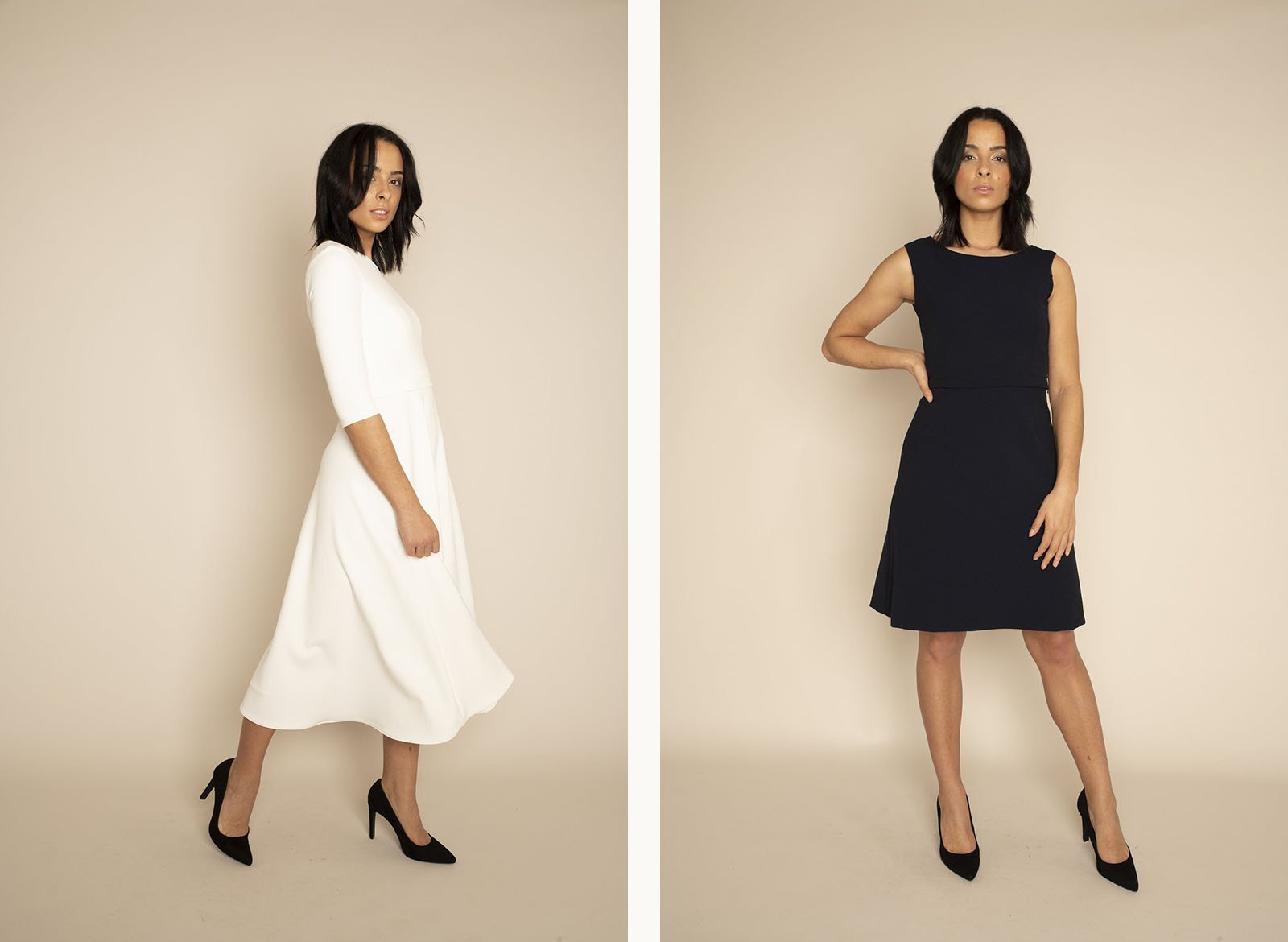 Despite all the people who’ve assisted them along the way, Rachel tells me there have been plenty of ‘no’s’ too. “From saying it will never work, to why don’t we just stick to the norm, we’ve heard it all, but we always believed it could be done and were driven by this mission and our determination to never give up,” she says. “Our biggest achievement has to be when I tried on the first ever version of the Careaux dress,” she continues. “It was the most amazing feeling after all those years of dreaming, testing, and a lot of learning! Laura and I hope to capture that feeling in every Careaux piece.”

Their natural talent and strong mindedness certainly hasn’t gone unnoticed. Since launching their brand, the sisters have been recognised with the Barclaycard Everywoman in Retail Innovator award, the We Are The City Rising Star award and were also named on the Northern Power Women Future List. Last year they became Prince’s Trust Young Ambassadors after completing their incredible Enterprise Course, as well as Women of the Future Ambassadors. Between them the sisters have volunteered over 500 hours to gender equality initiatives including Women In STEM and delivering workshops in schools to show how Maths and fashion work together.

Their commitment to being a “force for good” runs even deeper. Rachel credits her Nana with also teaching her the importance of reusing every single piece of the fabric and says that building sustainability into their brand was second nature. “When we first conceived the idea for Careaux, we knew we wanted to work with suppliers who treated people, the planet and animals with the utmost respect and kindness,” Rachel tells me. “We weren’t really even aware of the words ‘sustainable’ or the notion of ‘ethical fashion’ at that point; it was all about working with people who share our values of never causing harm to others.”

Their ‘Create Choice, Create Change’ debut collection is made in a heavy stretch crepe sourced from a family mill in Portugal, which has been passed down through generations, offering complete traceability of raw materials and its own solar power plant. Each piece is made from ‘end-of-the roll’ fabric to ensure they minimise any fabric waste. Each of these rolls have a limited number of metres, which means their designs are offered as limited edition pieces or colourways. 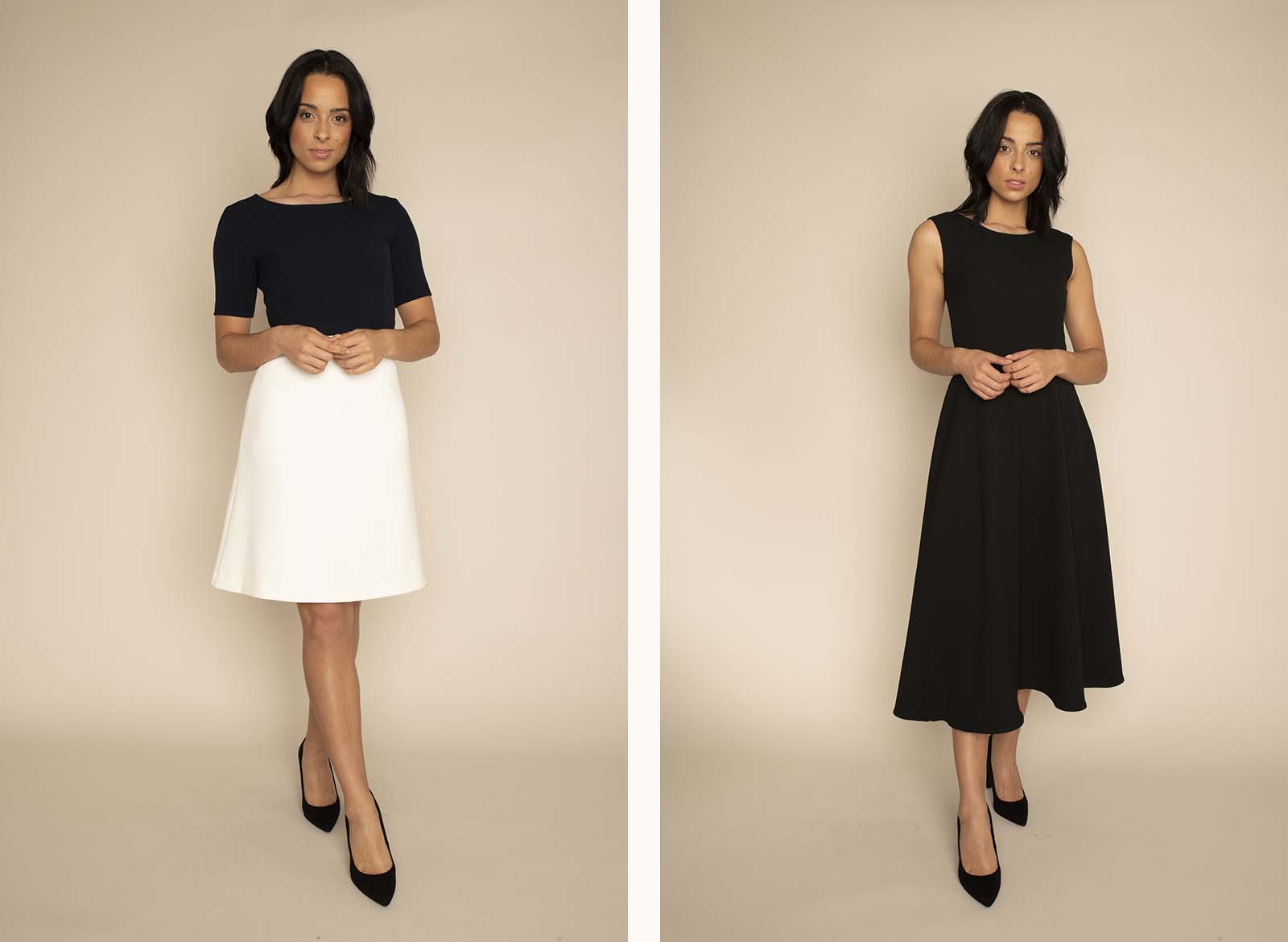 Alongside the challenges they faced when it came to the dress design, they faced real challenges when they started to look for suppliers who were sustainable and ethical, whilst also able to offer minimum order quantities alongside a good quality output. “It was really important to have people who share our values on sustainability,” they say, “and also support the community as well. For example, our main fabric supplier supports the next generation through its local University and mentoring programmes. It has been hard, and time-consuming, but we knew what we wanted and we didn’t want to compromise. Our values are embedded, not only in Careaux as a brand but also in ourselves, and we wouldn’t want to do it any other way.”

Our values are embedded, not only in Careaux as a brand but also in ourselves, and we wouldn’t want to do it any other way.

For a brand operating in the high fashion market space, their attitudes towards sustainability and inclusivity are seemingly light-years ahead of many of the major fashion houses. “Our mission at Careaux is always to be fully inclusive and to have diverse role models wearing Careaux all over the world of every disability, shape, size, ethnicity and background, so every single girl and woman is able to see a role model they can relate to.”

It’s been a talking point in the fashion world that has been bubbling away for a number of years now, but it’s yet to be addressed in any meaningful or tangible way as yet by the industry as a whole. “In terms of issues with diversity and inclusion, as with many of our societal issues, they are deep rooted and historic,” says Rachel, “passed down through generation and generations. I think the issue is that these ways of doing things have simply been rolled forward, as for people making the decisions it is far easier to keep doing the same things.”

The sisters have recently been involved with submitting evidence to the UK Government’s Women and Equalities Committee, as part of the UK Models Working Group led by Leanne Maskell. “Sharing our experiences, listening to others and doing further research led to heartbreaking evidence on how unequal the industry is from a race, age, gender, orientation, beliefs, background and disability,” she says. “If you look at sizing for example, most brands offer a range of sizes from 8-16, when nearly 50% of UK women are a size 16 or above. This just does not make any sense, and all comes back to equality. How can excluding nearly 50% of women create the equal world we are all striving and working towards?”

To address all the issues surrounding diversity and inclusion we need every single person to be active and to take action.

“Similarly, within the fashion supply chain many workers are underpaid, and in some cases they are exploited, especially women, and there is a huge lack of equality for the workers. Not only are some working conditions unsuitable, they often pose a massive health and safety risk, with workers often forced to work long hours for very little pay. How has this been allowed to happen?”

“To address this, and all the issues surrounding diversity and inclusion, we need every single person to be active and to take action. The good news is that as consumers we hold a huge amount of power. We can actively choose to support brands who are creating positive change and help drive forward diversity and inclusion, so those brands can grow and grow. The more of us who do this, the more power we have to bring about change in the fashion industry for good.” 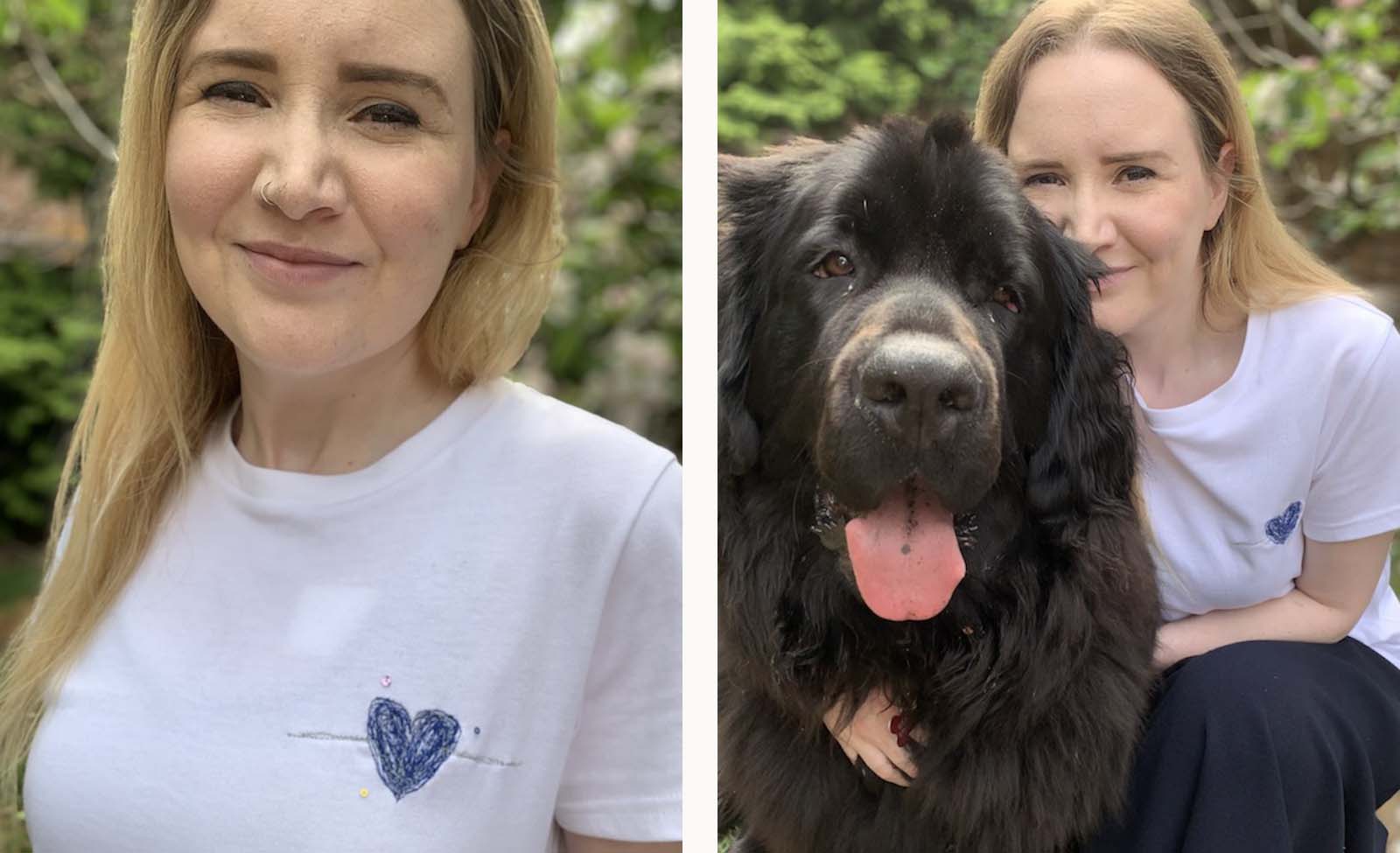 The Coronavirus pandemic has seen Careaux turn their attention towards the local community, making scrubs through Trafford ScrubHub and also working with the Emergency Designer Network, a volunteer-led enterprise galvanising local production to support hospital stocks of key garments such as scrubs.

The sisters have been shielding during lockdown as Laura has Cystic Fibrosis, and Rachel tells me that being able to stay safe and well in a comfortable home during this time has allowed them to consider how extremely lucky they are. As a result, they decided to launch a campaign called #CloserThroughKindness. “Even though we have to be physically distant from one another,” says Rachel, “we wanted to create a campaign where people feel closer to one another through acts of kindness.”

“Just before lockdown, we heard a lot of factories have heartbreakingly suffered from a substantial loss of orders due to the crisis and we wanted to support them in whatever way we could. Our #CloserThroughKindness Charity t-shirts were created with the work of our wonderful pattern-cutter Barbara and lovingly made by the not-for-profit factory, Fashion Enter, who were making PPE for our phenomenal NHS staff too.” The profits from the collection are being split between four charities: Age UK, The Trussell Trust, Prince’s Trust Relief Fund and Pearce Ward, Manchester Foundation Trust who have been supporting those most vulnerable during the crisis.

“I think this crisis has shown the power of treating people with kindness and working together,” says Rachel. “It has also showcased the amazing craftsmanship of the North in their unprecedented response to PPE manufacturing. I really hope these messages and learnings are taken forward to continue pushing for meaningful change within the industry going forward.”